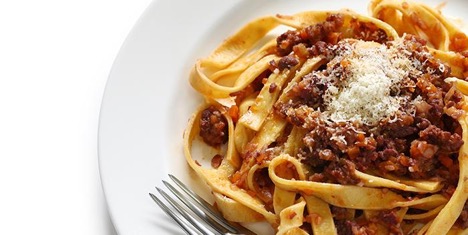 Nothing beats the taste of a crusty pizza after a hard day’s work or having Netflix and chill. Even just a thought of different flavors especially the meaty, cheesy, and crusty pizza is mouth-watering. It’s easy takeaway and variation makes it the world’s most popular food and loved by everybody. For its popularity, have you ever thought of where does pizza comes from or how it started? Pizza has been widely accepted by many cultures across the globe. The flavors became multi-cultural too that it would cater to local taste and dish. But how did this trendy food become so popular and how come it arrived on the shores of Australia. For that, a review of history can answer. (Check out Italian foods in Victoria for the best pizza)

The history of pizza did not only start recently. You need to go back a hundred years early.  The word pizza is Italian which makes the food originated from Italy. Pizza is a food that is adopted among farmers in Italy for it was cheap, easy to make, and convenient. But it started in Naples when a local bread baker shaped some left-over dough and spread it with tomato, cheese, and basil. It was Raffaele Esposito who first made the modern pizza in 1889 to create a new dish for Queen Margherita.  He adorned it red tomato sauce, green basil, and white mozzarella. These are colors that depict the Italian flag.

The Queen did love Esposito’s new dish. Since it caught Her Majesty’s tastes, pizza became a trend and spread across Italy. Local pizza shops were using lava rocks as an oven to bake pizza. Many immigrants bring with them this dish across the world. It arrived in the United States in 1897 and was widely loved and accepted by the Americans. In the early 1920s, Italian immigrants arrived on the shores of Australia bringing with pizza recipes. It was only after the Second World War when pizza shops have officially opened in Australia. The first pizza shops opened in Adelaide in the 1950s. The pizza market became a trend for decades.

It became so famous and loved by Australians. Delivery orders became part of the market. Because of the fame and trend that pizza has brought, competition and price wars were established. In the later decades, due to its high public demand, pizza shops have adopted a technology that could cater to a massive volume of production called conveyor oven technology. With this machine, they can produce a massive volume of pizzas in a single day. Today, pizza is still loved by everybody. Aside from its convenience and easy takeaway, it has also brought and adopted new flavors and dishes from many cultures across the globe.

Pizza is indeed a very delicious food. Well, thanks to the Italians for their delicious contribution.

Now that you have learned the history of your favorite cheesy, meaty, crusty, and mouth-watering pizza, time to check out 5 pizza and beer pairings and start to enjoy the whole new experience of culture through the best-tasting pizza.